What a difference a day makes! Thunder, lightning and an absolute deluge made everyone dive for cover in the marquee…………..well almost! 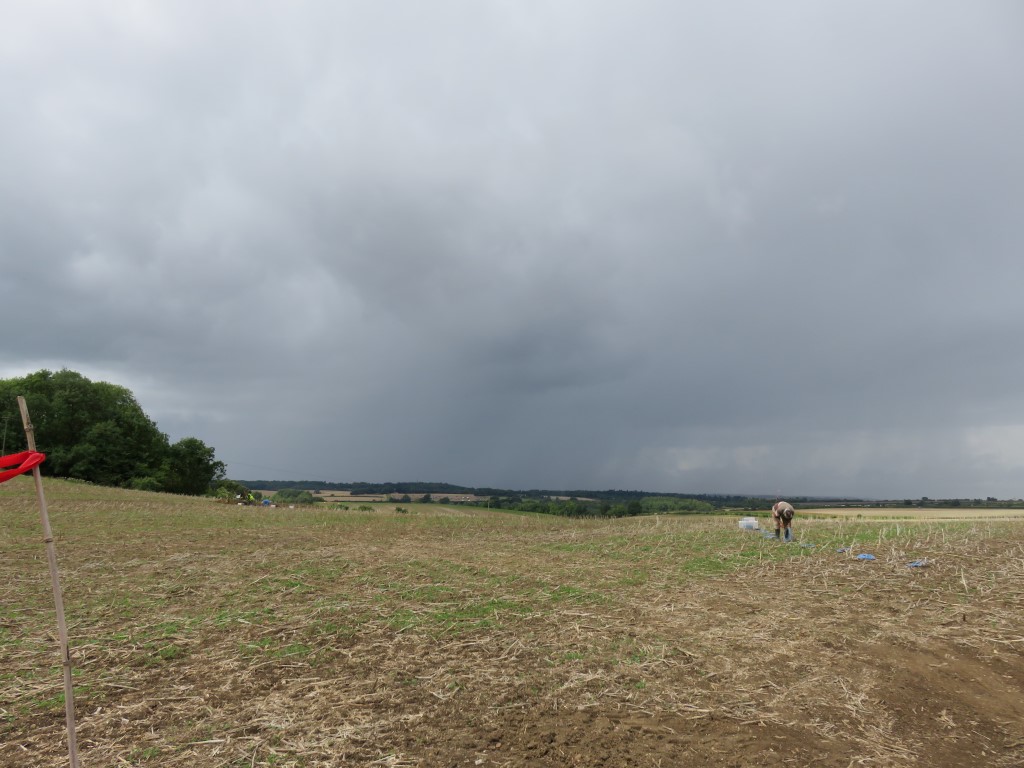 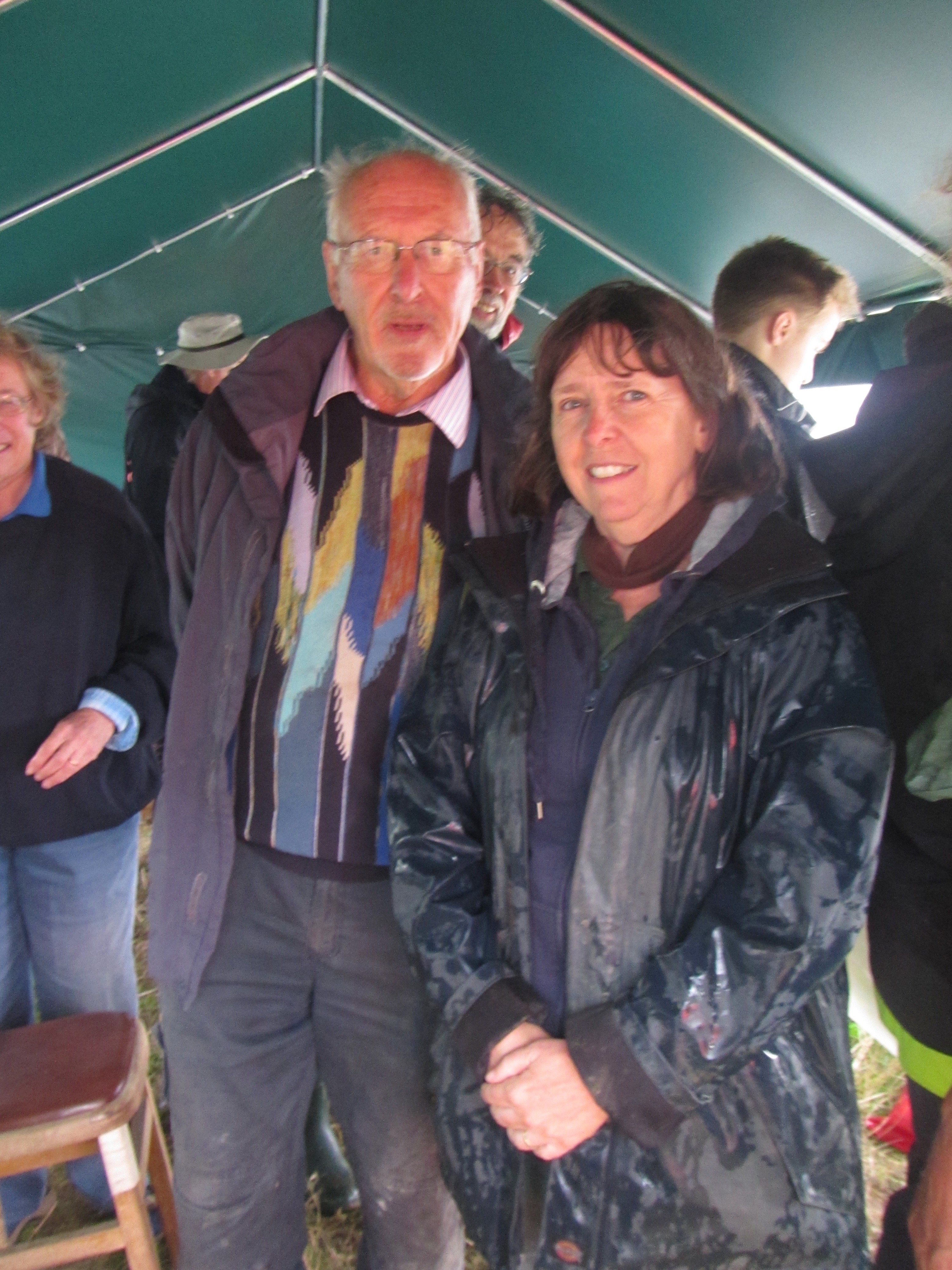 Richard in his wet weather gear trying to start a new fashion! After all what was plastic invented for? 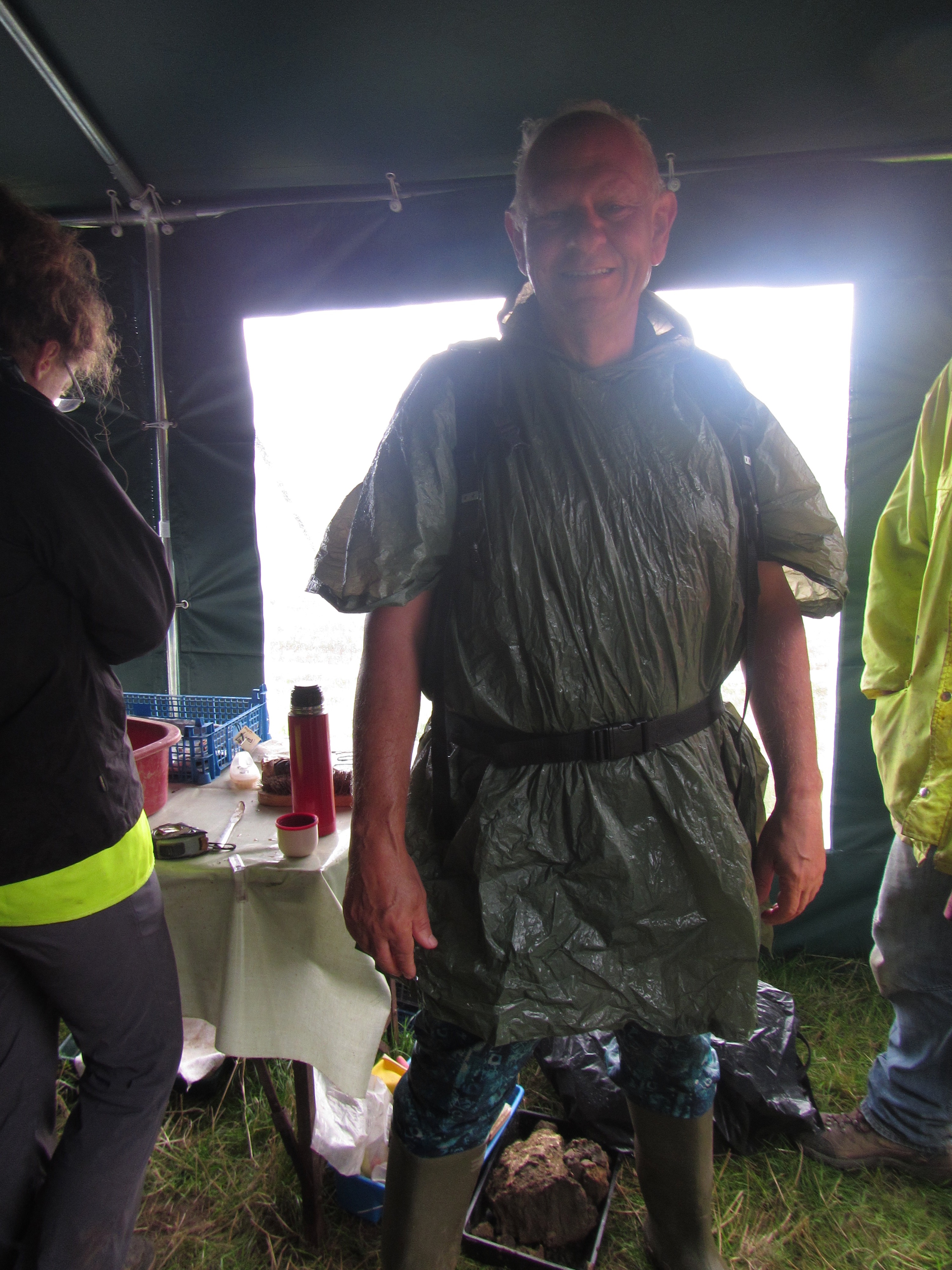 Harry won an archaeology competition set by BARG and earned a day on site; so in between showers, he had a go at everything – digging, pot washing, metal detecting and finding stuff. He was particularly interested in the tile with a paw print. (Must have been a lot of dogs on the loose in Roman times as we have found quite a few with paw prints.)  He…… and his dad lasted all day despite the weather. At the end Matt presented him with his certificate. 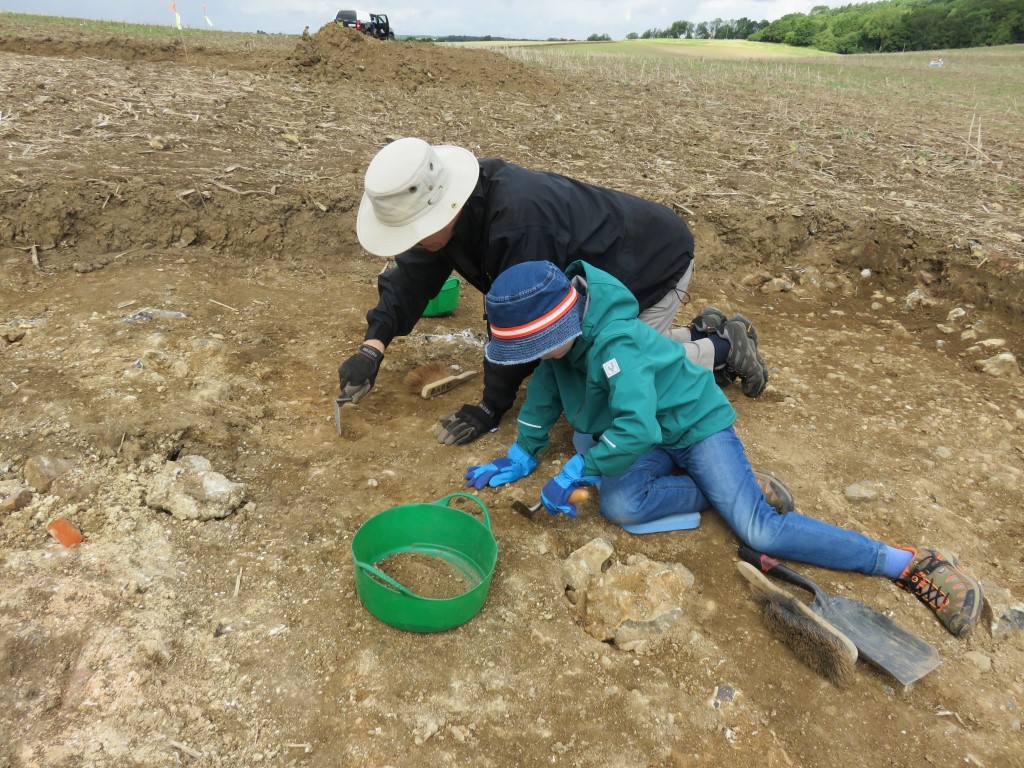 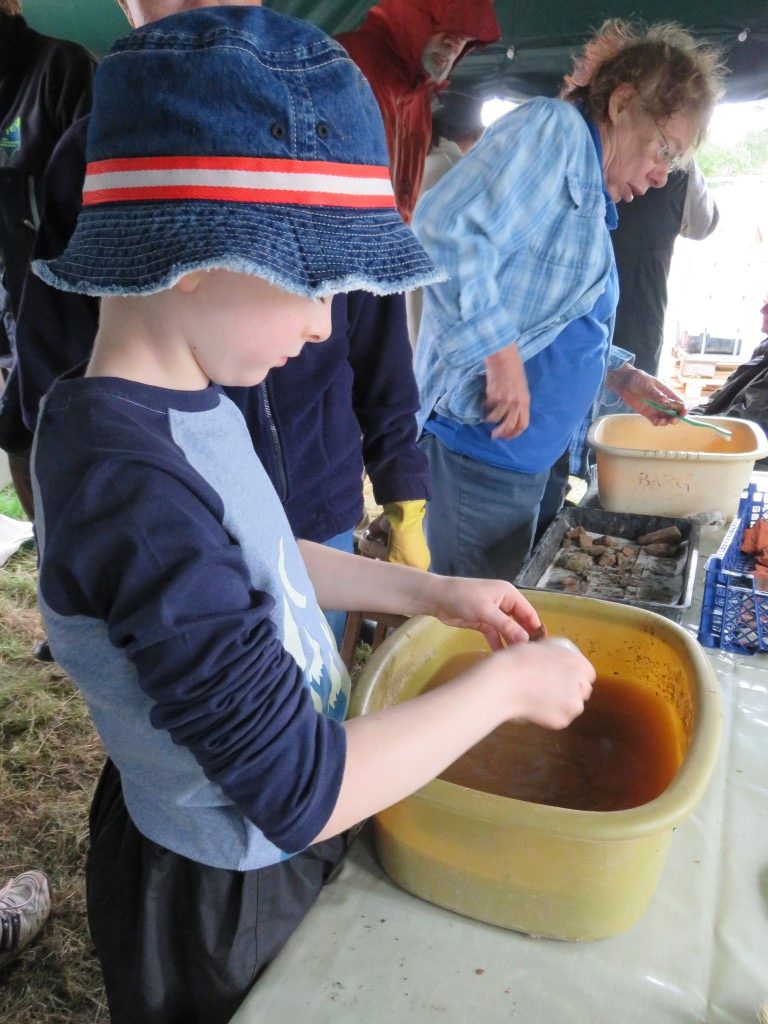 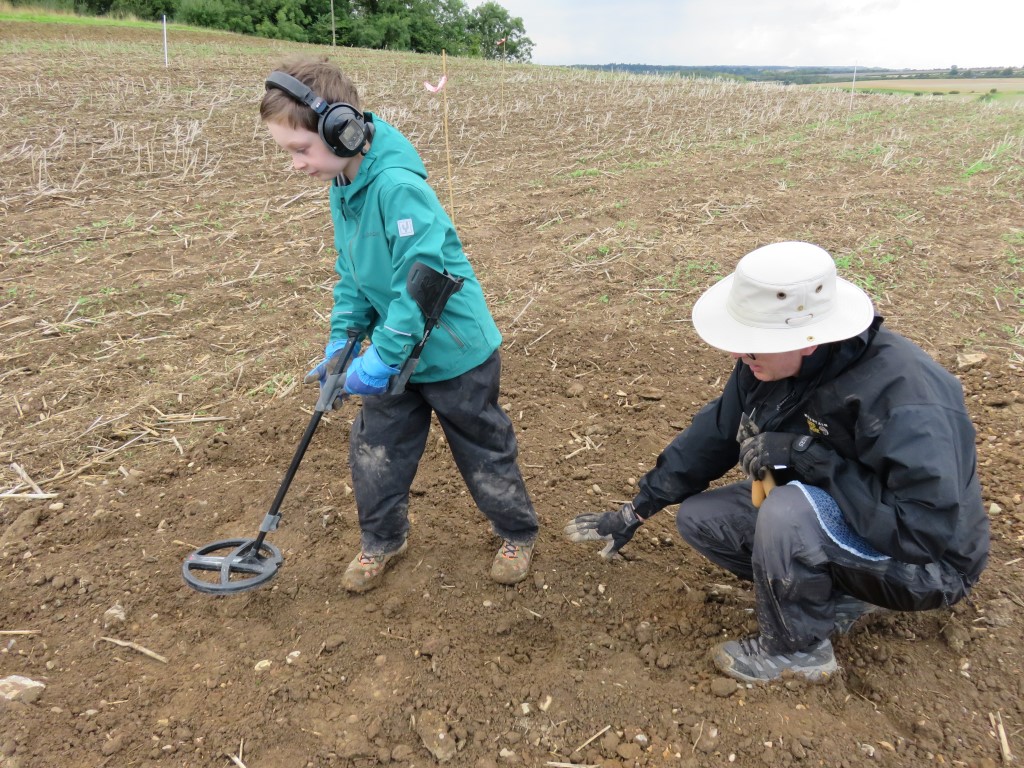 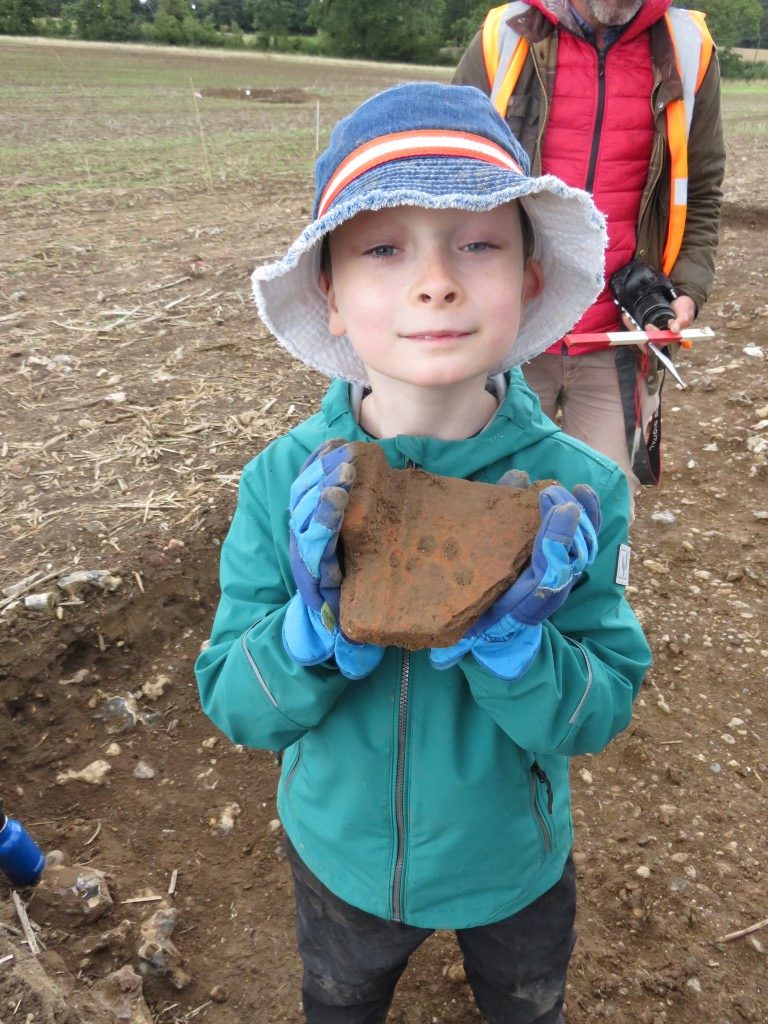 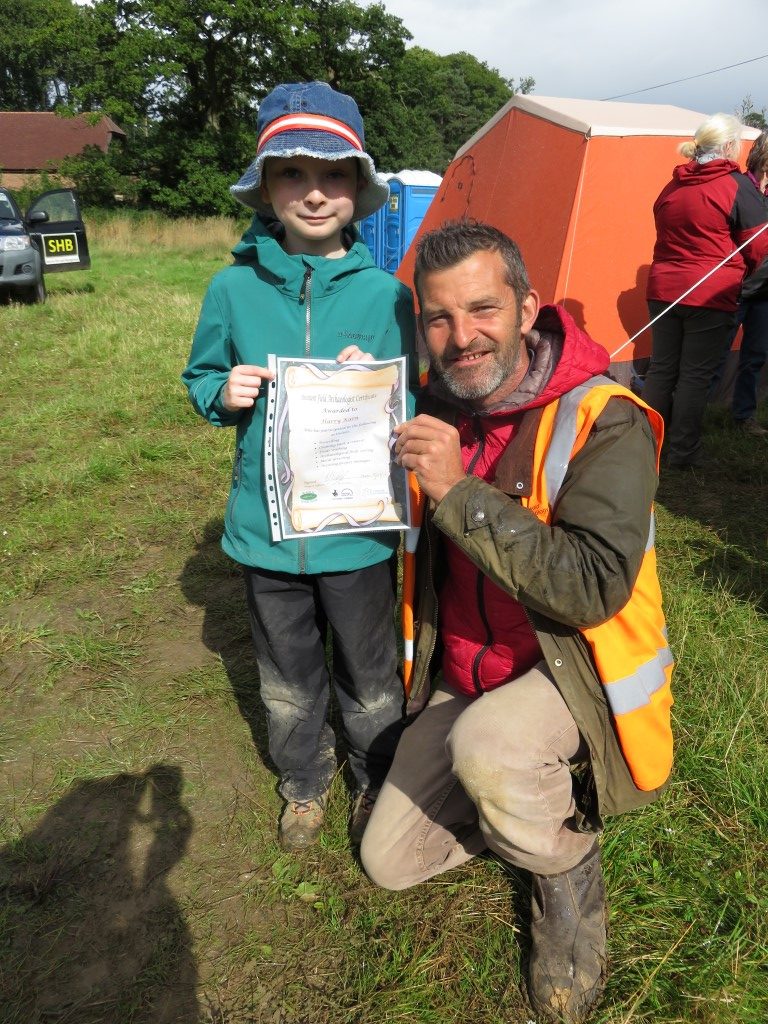 Jim also found a lot of cbm in trench 4 – one piece especially stood out – an imbrex with an unusual signature of the maker – it looks a little like a fish or an eye! 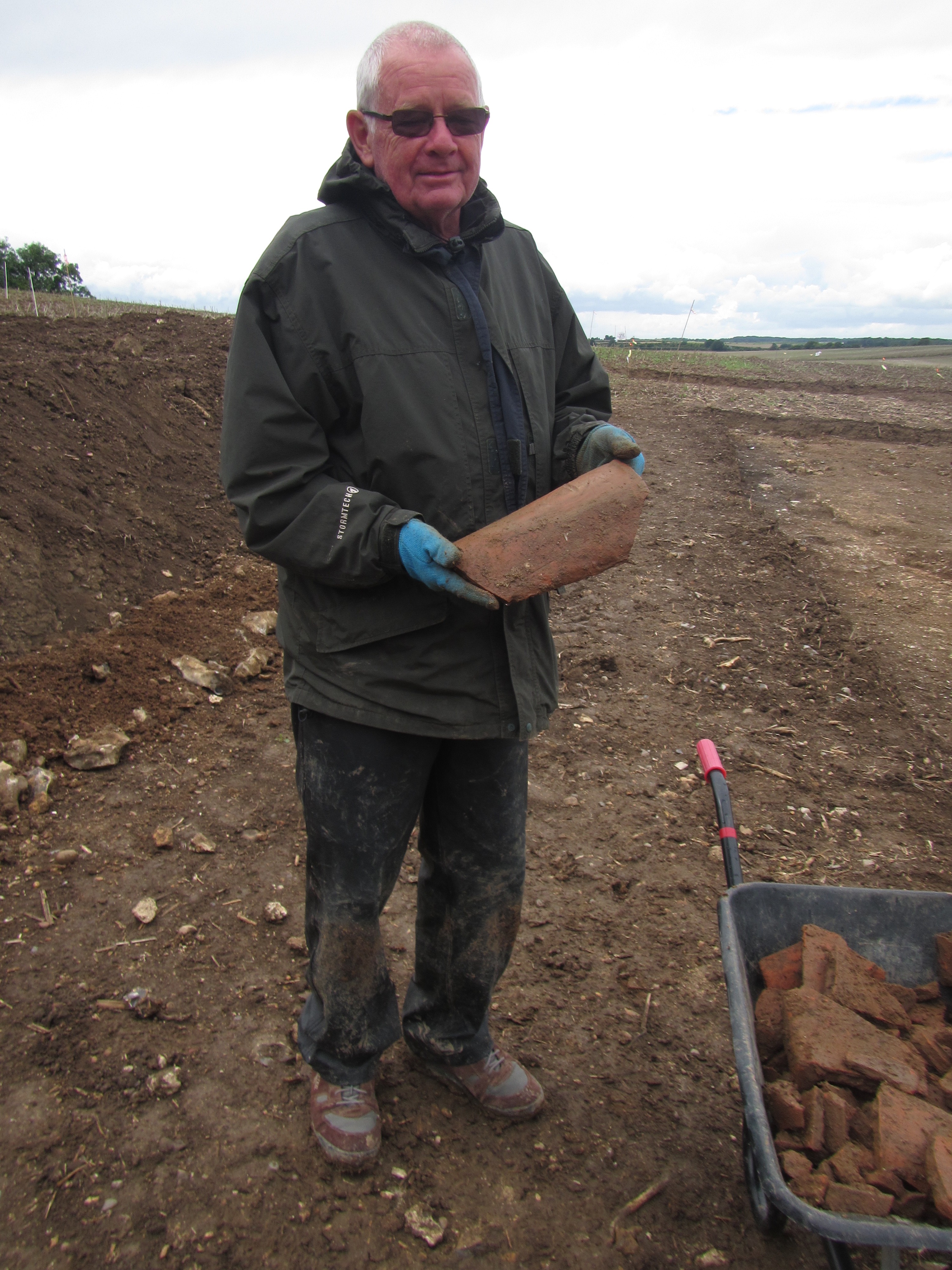 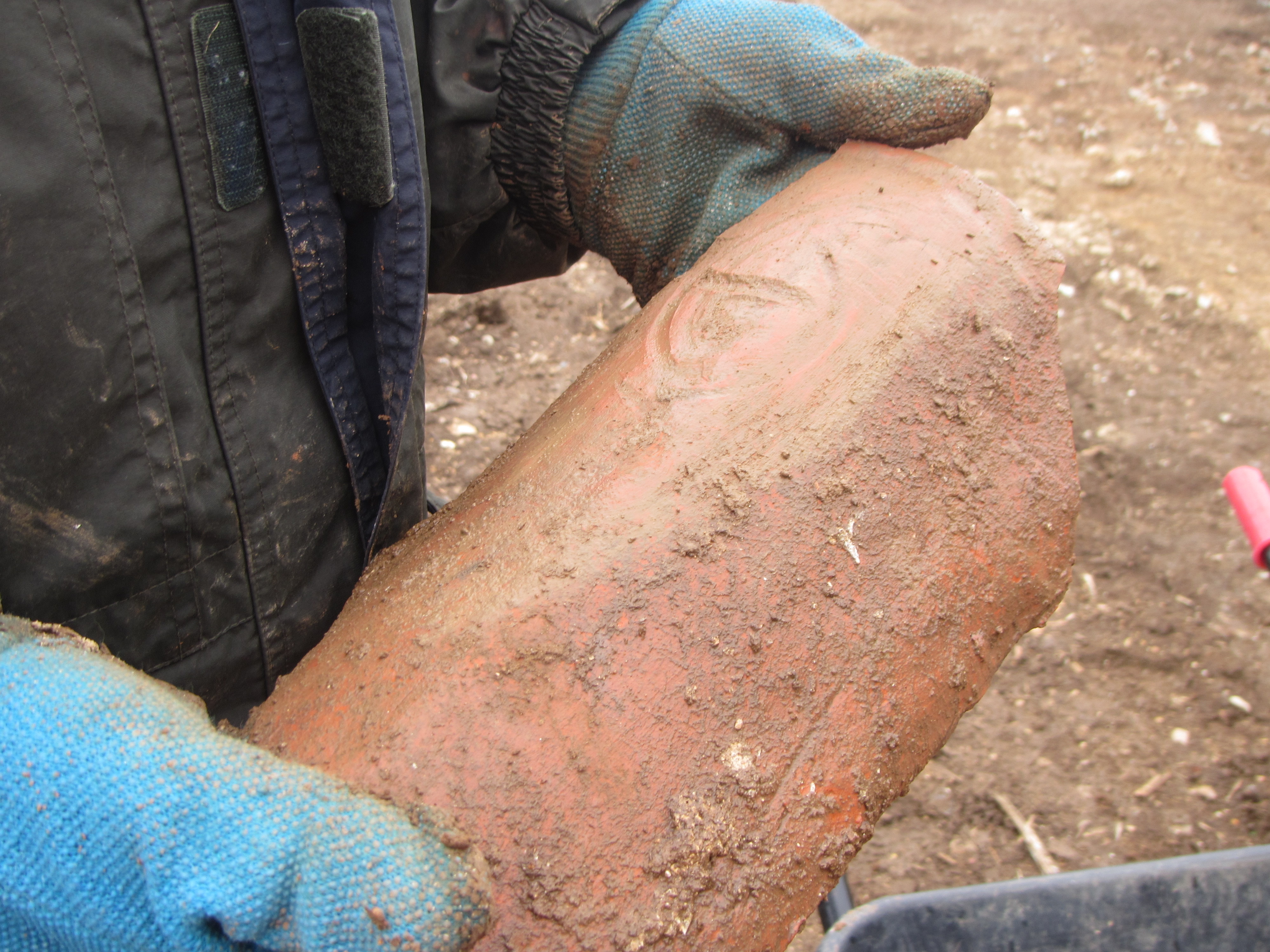 Photos courtesy of Lindsey and Joy